Let's Get Back to Rock!

Forged in the time of 80s hair metal on the famed sunset strip, Wilkes Booth continues to this day to be one of the last dirty rock bands to survive. With their 5-album catalog, they epitomized the very essence of all that is metal and dominated coast to coast from 1992 through today and beyond. Legendary constant and namesake Dave "Wilkes Booth" perseveres through changing times and genres to deliver honest and genuine soundtracks from your past and through your future. "Wilkes Booth, I said!"

One Last Ride is their fifth album, and sadly, their last. Their beloved drummer, and Dave's best friend, Mike "Oxbig" Fittos, passed away in February 2022. This album is dedicated to him. Click on the album cover below to see the album details. Play the embedded Youtube video below to listen to the song.

Mike in the Early Days

What the hell is "Wilkes Booth?"

Simply said, Wilkes Booth is the most misunderstood rock band in Rochester, New York. Created in 1992 in Hollywood, California, Wilkes Booth is not Southern Rock or political in any way. They are a Sunset Strip-styled hair metal rock band.

The man who hears the music in his head is David "Wilkes" Booth. He is a descendant of the famed Wilkes Booth family with geneological ties to John and Edwin Wilkes Booth. However, Dave does not follow their ideology. Rather, he has the name.

Overnight, clubs like The Whiskey, Garazzi's, and Central (now The Viper Room) went dark while booking agents scrambled to reorganize. No longer were mini-skirted hot chicks and big-haired glamour boys seen partying on Sunset Boulevard. The scene was dead. David Wilkes Booth packed his stacks of equipment and retreated to Rochester, where he regrouped to keep the vibe alive. 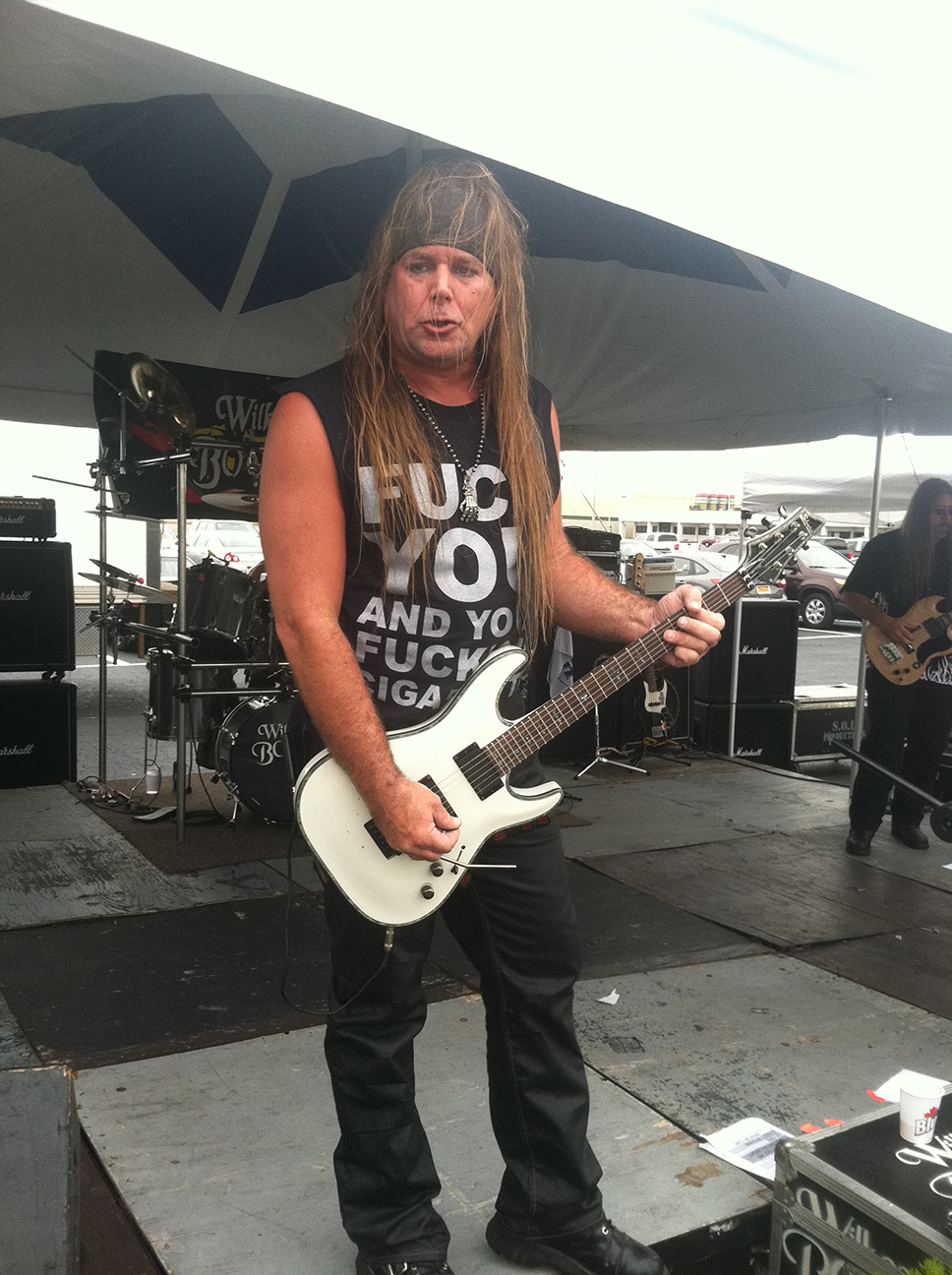 Wilkes Booth continued going strong from mid-1995 to 2017 until lies and egos fractured the band. Replacements were brought in, and recording continued at Big Time Studios in Interlaken, New York.

One Last Ride was finished in 2022 and is dedicated to their original drummer, Mike Fittos, who rocked on the throne for 28 years. Mike died shortly after recording his drum tracks. He was a true rock and roll lifer!